The outline of the chronology of Pistiros

Abstract: Summary of the chronology of the site based on the evidence of stratigraphy and finds of artefacts, especially of Attic pottery, trade amphorae, coins and metal objects.

The beginnings of the emporium are unclear (perhaps unfortified market place in the first half of the 5th century B.C.).

Phase I ends by a destruction in the seventies of the 4th century B.C., caused either by war with Kotys or by attack of Tribaloi in 376/5 B.C. Kotys unified Thrace and closed contract with the emporitai.

Phase IIa: It started with restoring fortification in less monumental form, but was secured by the contract with Kotys. The second quarter of the century, ca. 375-345 B.C., represented the time of Golden Age of the emporium.

Attic BG is common, Middle Kerch of varying quality but available, Thasian amphorae Garlan D, E, F and from all main centres: “Thasian circle” Peparethos, Ainos, Lesbos, Chios, Knidos, Heraclea, Samothrace and Uranopolis are attested, enlarged territory realised (extramural buildings in AV II, huts AV III). This phase ends by partial destruction of the gate with some minor damage west of it in the forties, presumably due to Philip II conquest of Thrace.

Phase IIb. It started with repair of the fortification, paving and drainage system, extramural oikoi continue. After the conquest of Thrace by Philip II the flourishing of Pistiros continued,   including the imports of Attic Middle Kerch and Black-Glazed pottery; this situation has been confirmed by lowering the Attic Black-Glazed vases chronology by S. Rotroff.

The system of fortification, of paving of streets, canals and drains, was fully restored. Besides import of Attic BG pottery and several North Greek categories, trade amphorae of Thasian Avram group VIII, Ainos, Peparethos, Knidos and those stamped by Parmeniskos were imported. The numerous coins of Philip II and Alexander III are especially characteristic for Phase IIb (ca. 345-310 B.C.), besides those of autonomous Greek cities (notably Thasos including its imitations is well represented, and also Thracian Chersonesus, Neapolis, Parion, Kardia, Apollonia Pontica and Mesambria). Coins of Maroneia are known esp. from hoards situated more to the East. The imported Greek plain and kitchen wares show a picture comparable to that of Thasos (cf. Bouzek, Pistiros IV, 191).

Oikoi in AV II, i.e. NW of the fortified city existed only ca. 370-310 B.C. The native settlement in AV III examined by Ch. Popov dates roughly from the 4th century B.C. The destruction ca. 310 apparently during the fights between the diadochs meant the end of the floruit of the emporion.

Phase III. The hastily done repairs of city walls and buildings used even fragmentary tiles for the roofs; the drainage system was only partly cleaned.

After the penultimate destruction ca. 310 B.C. (see Pistiros V, ch. 28 a) imports of fine tableware (of Black Glazed and early West Slope class) were rare. The importance of Pistiros within the Thracian empire of Lysimachus was apparently sinking. In the westernmost part of the site, whose oikoi existed only in Phase II, none Lysimachus coins were found, while in intramural parts coins of Lysimachus are the most common, followed by the post-mortem issues of Alexander. Only very few vine amphorae came to impoverished Pistiros after 310 B.C. Phase III ends with the Celtic destruction in 379 B.C.

Post-urban phase is little known, it may have lasted until early 2nd century at the latest. The modest village may survived as metalworking site the middle of 3rd century earthquake and finished as a result of large flood in early 2nd century B.C. The finds of iron slag dispersed in top layers attest that iron smelting was performed here in considerable quantity, but after the Celtic destruction no fine Attic tableware was imported and no wine in or by their shape datable amphorae. Some surface finds of Macedonian coins might have belonged to the post-urban period, but none of the ascribed items was minted after the Celtic conquest. A few Roman coins were mainly surface finds. 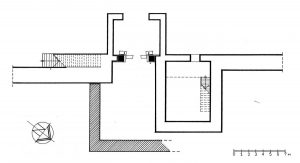 Fig. 1 The Eastern Gate of Pistiros. After Pistiros I. The second phase hatched.

[1] I would like to thank Francine Blondé and Susan Rotroff for useful information on the subject of fine pottery. As concerns the shapes of amphorae I would like to thank for much advice to S. Yu. Monachov, Ch. Karadima and P. Dupont, in the field of stamps especially to Y. Garlan and A. Avram, in addition to what I learned from the late Virginia Grace. I would also like to thank cordially to Valentina Taneva for all expertise on coins, and also for overall support.